A Day IS Coming How many of you know that it’s good to be reminded that there is a day drawing near that we as believers have been awaiting since we called upon the name of the Lord to be saved?  There are many who have claimed to know the day and hour, but we all know that the only One that knows exactly when the dead in Christ will rise, and those who are still alive will be taken too.  There are also many who argue whether there will or won’t be a rapture, and because the word rapture isn’t actually used in the Bible that it’s unbiblical to say that it will.  I was getting set to write this message somewhere else, but the Lord quickly let me know this was the right place to write this.  So, I hope you’ll indulge with me for a moment as we talk in this side journey message about that day that IS coming.

No message like this would be complete without including Crystal Lewis’ version of “People Get Ready”, and so here it is:

A Day IS Coming:

I understand that there are things that Christians are just never really going to agree on, and I get that there are many things in the Bible that are open to personal interpretation and discussion.  However, what’s interesting to me is the amount of things that so-called Bible believing Christians will actually argue with Jesus about.  If you have followed me for any length of time then you know where I stand when it comes to what is written in the red letters, and when Jesus tells us that there is a day coming when the dead will rise at the sound of His voice…then that’s what is going to happen whether you believe it or not.  Listen.  We all know that the read letters is Jesus speaking, and when Jesus is speaking those things He’s not just speaking them to the disciples it’s God Himself speaking those things both to the disciples AND to us.  So, when Jesus tells this story here…I don’t care if you are pro or anti rapture…if Jesus says that something is going to happen…then it is going to happen.  Period.

Let me show you the story I’m talking about…

Listen, this is Jesus speaking, and while I understand He didn’t use the word rapture that doesn’t mean that it’s not going to happen.  Jesus never actually used the word for the trinity either…but He said He, the Father, and the Holy Ghost are the same.  So, when He says that one will be walking in the field and that one will be taken while the other is left to wonder where the other went…that is what is going to happen.  Yet, the greatest of theologians will argue because Jesus never says the word “rapture”, but there’s no argument that Enoch was walking with God one day on earth and God just took him.  There is no mention anywhere that Enoch died…because he didn’t.  He was taken from the world the same way that one walking in the field will be taken.

The two clearest examples in the Bible we have of the rapture is Enoch and Elijah were both “taken” from the world.  Neither one of them have tasted death…they were “taken”…and if you take a moment to study the word rapture…guess what it means!?!  The word Rapture does not appear in the Bible. It comes from the Latin word rapare which means “seize”, “snatch” or “take away.”  So, when you look at what God did with Enoch…He basically snatched him right out of the earth, and when I read what happened with Elijah it sounds to me like he was “taken away”.  Neither of them died…they were raptured out of the world…just like the one in the field and just like the woman at the grinding mill.

Listen, here’s my thought on this whole rapture argument.

“But we do not want you to be uninformed, brethren, about those who are asleep, so that you will not grieve as do the rest who have no hope. For if we believe that Jesus died and rose again, even so God will bring with Him those who have fallen asleep in Jesus. For this we say to you by the word of the Lord, that we who are alive and remain until the coming of the Lord, will not precede those who have fallen asleep. For the Lord Himself will descend from heaven with a shout, with the voice of the archangel and with the trumpet of God, and the dead in Christ will rise first. Then we who are alive and remain will be caught up together with them in the clouds to meet the Lord in the air, and so we shall always be with the Lord.” 1 Thessalonians 4:13-17 (NASB)

Do you want to know what happens when you Google Trinity?  Google will give you references to Bible verses that talk about the Trinity, but when it comes to the word Trinity you won’t find it in the Bible.  If you type “Trinity” in the Bible Gateway search box you’ll get this:  “0 Bible results for “Trinity.”, and if you type in “Rapture” you’ll get this: “0 Bible results for “Rapture.”  Yet, you have more people who will argue the existence of the Trinity than people who argue that the Rapture is a real event that is really going to happen…but there’s also something interesting that happens when you type “Rapture” into the search box it gives you this: Suggested result: 1 Thessalonians 4:13-18  You don’t even get a suggested result when you search for the Trinity…

Listen.  My point is simple.  I believe that the Trinity exists because there are plenty of Bible references that suggest it does just like there are plenty of Bible references when it comes to the Rapture.  The more compelling reason for me is the fact that Jesus said it would happen.  Listen, if there’s one thing I’ve learned about the Bible it’s that if Jesus says it…that means God spoke it…and God is not a man that He should lie.  God exalts His Word above His Name…and so if God says there is going to be two walking in the field one will be taken and one will be left, and if there are going to be two women sitting at the mill and one is taken and the other left…I don’t need to question whether or not it’s going to happen…what I need to do is be prepared FOR it to happen.

I choose to believe what Jesus says over anyone else’s argument…and when He says “A day is coming” then I believe that a day IS coming. Amen!?!

Heavenly Father, help us, Lord to stop arguing amongst ourselves over things that don’t matter and that don’t have any eternal value.  Help us to remember that the important thing isn’t when or if Jesus is returning, but if we are ready for Him to return.  Give us a sense of urgency about preaching the gospel, and give us eyes to look around and see that whether we believe in the Rapture or not that Your return draws closer and closer every day.  Help us to be more about Your work, and less about arguing with one another about things that don’t matter in the scope of eternity.  In Jesus name.  Amen

Well…now you know my thoughts on both the Trinity and the Rapture.  The Bible doesn’t use either of those words specifically, but you can find references in the Bible to the Trinity just like you can to the Rapture.  What’s even more interesting to me is you have examples of what’s to come that actually happened IN the Bible.  Enoch and Elijah’s being “taken” from the world weren’t added to the Bible just to take up space because there wasn’t anything else to write.  Everything in the Bible is in the Bible on purpose, and I believe that the Bible tells of how Enoch and Elijah left the world speaks of two things.  The first, obviously, is the rapture, but the second is the Bible’s reference in Revelation to the two witnesses.  They’re the only two people in the Bible that have yet to taste physical death.  The Bible says that it’s appoint unto men to die once.  I know that many people think that Moses is going to be one of the witnesses…but Moses has already died once.  Neither Enoch or Elijah have died a physical death yet…and that’s why I believe they were the examples of  the Rapture…and why I believe are the two witnesses in the book of Revelation.

You are welcome to believe what you like on the topic.  I’m not going to argue with anyone…I know what I believe about the Rapture and why.  Chances are you aren’t going to change your mind if you’re on the other side of the argument.  I’m not interested in arguing when the Rapture is going to happen either.  The only thing that I’m interested in is making sure that no matter when it happens we’re all ready to leave with Jesus when it does.  Which means the most important question is the same as it’s been throughout this entire message:  Are you ready?

If you’re not or if you don’t know I’d like to encourage you to visit the How To Be Saved section of www.christlikeministriesnwa.com, and take the time to be sure you are ready because whether you believe in the rapture or not…whether you believe it’s pre…post…or during the rapture…none of that matters.  What does matter is that when it happens you are ready to meet Jesus when it does…because when it happens then it will be too late.  I always like to say don’t be the one left wondering what the neat pile of clothes is…be the one that left the pile of clothes!

People get ready…Jesus IS coming…a day IS coming…and soon we’ll be going Home to be with Jesus for ever…but only if you accept Jesus as Lord and Savior now.  Don’t wait…ask Him to save you right now because a blink of an eye will determine if you’re the one looking at the pile of clothes or the one that left them.  It will happen that quick…are you ready?

Have a blessed day in the Lord!

Categories: The Side Journey 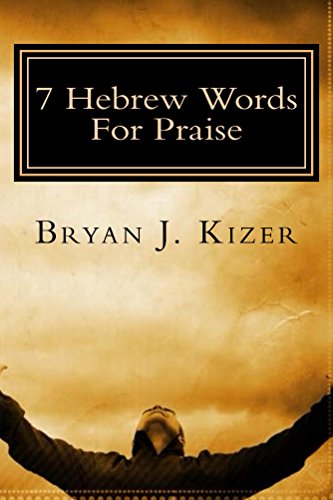