Today, we get to learn something from the life of Jonah.  I think a lot of us may be able to relate to Jonah.  Many of you I hope have heard of the story of Jonah (he’s the one who was swallowed by a whale), but the reason I think many of us can relate to Jonah isn’t because we know what it’s like to be in the belly of a whale…but we know what it’s like when we know God is calling us and directing us to do something (His way), and instead of choosing to follow His guidance we decide to do it our own way…and wind up in the belly of the whale…so to speak.

Anyone else ever been in the belly of a whale or just me because you’d rather disobey God, and do something He called you to do your way instead of His.  I know…y’all are way too super spiritual for me…I can’t be that spiritual.  There are definitely times where I’ve wound up in life’s belly of the whale because God was leading me one direction, but I was intent upon going the total opposite way.

So…I’m interested to see what we’re going to talk about today, and with that said…let’s get into today’s message:  “Jonah”.

God called Jonah to preach a message of repentance to the people of Nineveh, a major city in the empire of Assyria, currently oppressing the Israelites. It would be like a rabbi in Jerusalem being asked to walk into Iran unannounced today and saying “Hey, get your act together or God is going to destroy you.” Probably not the best laid plan.

Jonah ran and, let’s be honest, so would we. He caught a ship going to Tar shish (modern-day Spain/Portugal region) which was exactly in the opposite direction of Nineveh—as far east as most maps of that time went.

So…the very first point we talk about is the one from the introduction, and I’m going to be honest enough like I have from the beginning that when I first learned that God called me into ministry…I ran.  I took one look at myself, my life, and I came to a quick realization that there was NO way God could seriously look at me and say…”that kid is going to do great things for My Kingdom”.

I’ve mentioned many times that it took me almost 12 years from the moment I realized I was called to ministry, and the day Christlike Ministries NWA was launched and I stepped into the ministry and embraced the call of God on my life.

I’ll be honest enough to admit that many times within those 12 years I found myself in the belly of life’s whale.  Swallowed up by life, and being taken wherever life wanted to take me because that was the path I chose…and let’s be honest.  Jonah had a choice.  He could’ve immediately accepted the call of God to preach the Gospel to Ninevah, but instead chose to go as far away from where God wanted him to go as he could…does that sound like any of you?  Again…totally honesty and transparency…that was definitely me many…many times during those 12 years.

When the storm hit the ship, the sailors panicked. That’s what sailors are supposed to do. Storms = death. So they looked at all possible reasons why such a thing would happen and naturally they turned to the spiritual world, wondering which “god” they needed to satisfy.

The storms of life are really something aren’t they?  There’s a song that says that sometimes He calms the storms for us, but some times He allows the storms in our lives to come so that we can be molded more into the people He wants us to be.  Believe it or not…the storms in life really are necessary.  Remember the key thing that many forget when reading Romans 8:28…God CAUSES all things to work together for good to those who love Him and are called according to His purposes.  It doesn’t say that all things would BE good…that the would become good…but the condition to that is loving God…and being called according to His purpose.

Now before you get too much into that.  Everyone who is saved and loves God is called according to His purposes.  You may not ever set foot behind a podium or pulpit…but you have neighbors, family members, co-workers, and all kinds of people who are in your sphere of influence.  So…when God says “go into ALL the world”…just because you may not be able to go to Africa doesn’t mean to give up…it just means that maybe your ministry is in your world…never thought of that did you?

And where was Jonah? Asleep. Can you believe it? Even the captain was stunned, finding Jonah snoring below deck. Maybe Jonah was tired from running away. Maybe the waves rocked him asleep. Whatever the reason, God gave him a wake-up call. Thankfully Jonah caught up on his zzzz’s because for the next three nights he probably didn’t sleep a wink.

I’ve been in Jonah’s shoes.  I know what it’s like to run until you’re just exhausted.  Life is still going on, and even in the midst of a storm…I found myself just exhausted from running.  That point came in November of 201o when I found myself at the altar of The Haven Family Worship Place that day that God touched and changed my life forever.

I can remember the despair and exhaustion.  I was in such a place of desperation, and I found at times that I was just tired.  I remember praying those exact words to God one night prior to November 15, 2010…where I just said:  “Lord, I’m tired.  I’m just worn out and down by life, and I don’t have it in me to keep going.”  I know what that feels like to be in that place…and it’s a horrible place to be.

So…yeah…I can understand and believe that in the midst of this dangerous storm Jonah was so exhausted that he was asleep…I can believe it because I’ve been there and know what it feels like.

You’d better wake up, unless you like the taste of fish. It’s better to be begrudgingly going in the direction God called you, then asleep floating away from His will for your life.

Of course, I’ve also learned that the better results always come when I follow God’s direction, and do thing His way…instead of mine.  The sad thing is after almost 40 years of life you’d think I’d know by now to always choose God’s way over mine, but there are still times and things that I find my old stubborn self wanting to take over and do things my way.

What’s crazy…is that God will allow me to do things my way, and then when things are out of whack…He’ll come to me with a rebuking, but patient tone saying:  “Are you ready to do it My way now?”…of course like most of you…I have to wait till I’m  in the midst of a storm before I realize I’ve been doing it my way…and realize that the only way to get out of the storm…is to do things His way.

I know…I’m the only one whose ever been here, but just in case I’m not alone…isn’t it good to know that our God is just as patient and long-suffering with us as He was with Jonah!?!

Lord, how easy it is for us to be like Jonah.  We’re either running from you or wanting to do things our own way before we realize that if we’d just submit and surrender…things would be a whole lot better if we’d just follow Your lead.  Help us, Lord God, to really learn how to apply that famous Proverb to our lives…where we’re trusting in You with all of our hearts…and acknowledging You in all our ways…because we know that we need You to direct our paths…but some times we’re just not wise enough to get out of Your way.  Thank You for all You do in, through, and with our lives…and help us all to be a little bit quicker to surrender our way for Yours.  We love & praise You…and ask these things in Jesus’ name…Amen & Amen. 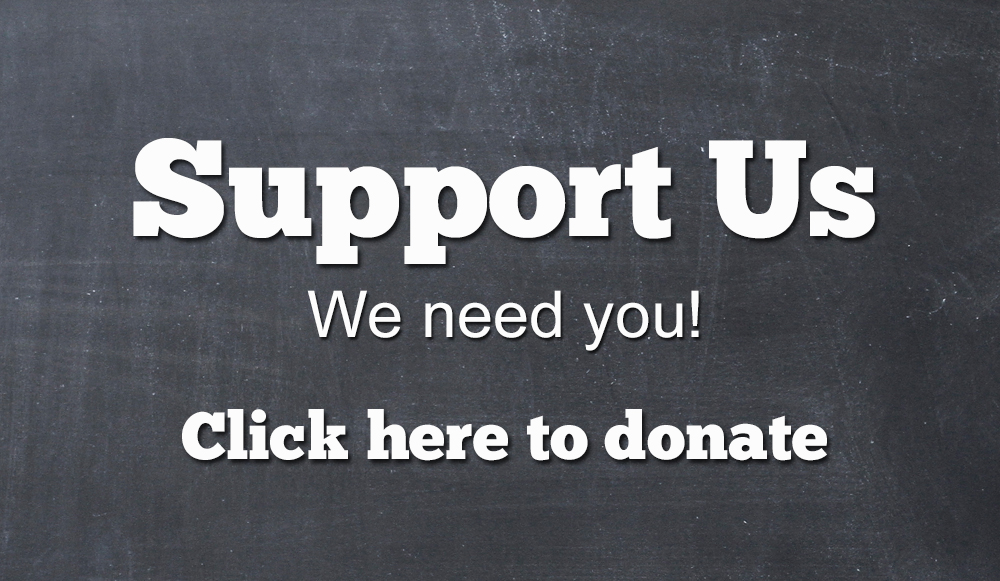